Biodegradable and bioactive products based on algae 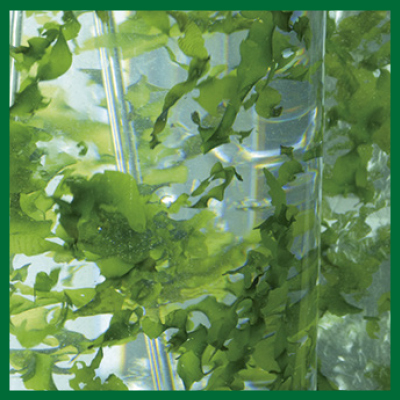 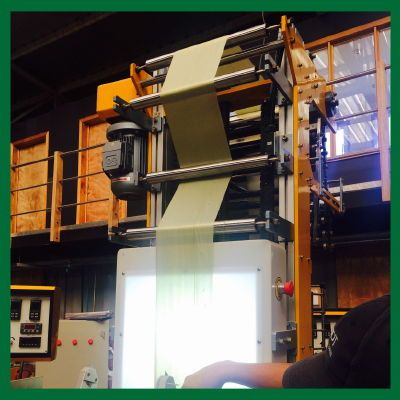 Plastics have been used for years in agriculture, an activity that demands specialized products, such as bags and containers for plants in their early stages of life and the use of clamps to make grafts. The advantages of these products are their rapid production and low cost, and their disadvantages are the generation of large amounts of waste that affect land productivity and the environment. In addition, in the grafting process plants are attacked by soil pathogens, generating significant losses.

This scenario motivates a high demand for new tools and products with biodegradable and bioactive properties. The potential business is $6 billion annually in Chile and $7 billion in countries like Brazil.

In this context, our early Fondef project D10-I1158 “Development of thermoplastic materials from macroalgal biomass” (2011), resulted in the production of biodegradable prototypes for bags, containers and clamps, validating the biodegradable and bioactive properties of prototypes and macroalgal biomass at the laboratory scale. In addition, a patent application was filed, as a basis for technology application.

As a follow up, the current INNOVACHILE CORFO Project “Biodegradable products made from macroalgal biomass, their application and technical-economic validation for the agricultural sector” pursues the scale-up, validation and packaging of this process, targeting biodegradable bags and containers as well as bioactive clamps; we are defining optimal operational parameters, validating the products in the field and outlining business strategies and a marketing model. In this challenges we have joined forces with the University of Concepción and partnered with companies Induplas Ltda., Solquim Ltda. and Terranatur S.A.

Natural Ulva spp. were found in the bay of Coliumo and 600 kg of biomass were collected. This raw material was processed and clean, dry and sieved biomass was obtained for design and test formulations.

Formulations of biodegradable and compostable compounds for extrusion and injection were thus achieved. For extrusion, two compounds were produced whose formulations contained 5% and 10% seaweed meal. These proportions did not alter the thermal extrusion profile of compounds, as these continued to be processed efficiently. This material will be used to manufacture biodegradable bags for seedlings to be used in nursery applications.

Injection formulations included PBAT and PLA polymers, in addition to algae loads of up to 40%. The combination of both polymers is beneficial and, in the case of injection-grade compounds, favors compound stability and plastic behavior of the material, as well as good flowability and a decrease in fragility (or impact resistance). The injection material will be used for manufacturing container-type packaging needed in the production and storage of plants, preferably fruits.