Fullerenes are all over the universe. This is one of the most striking implications of the C60 molecule discovered by Harold Kroto, Robert Curl and Richard Smalley in 1985, for which they obtained the Nobel Prize in Chemistry in 1996.

Carbon 60, C60, fullerene or “buckyball” is a beautiful symmetrical molecule consisting of 60 carbon atoms that form 12 pentagons and 20 hexagons, the same shape of a soccer ball or a geodesic dome. Subsequently, other fullerenes such as C20 and C70 have been found, similar to the above, which have led to advances in the study of nanomaterials such as graphene or carbon nanotubes.

This is one of the most simple, stable and abundant molecules of the Earth and, in recent years, it has been found that is present elsewhere in space. “It may be that this molecule is the one that carries carbon to the place where planets are created. The implication is that the C60 can survive and then break into smaller molecules”, Kroto said in one of his last interviews in January 2016.

The man, scientist and disseminator

Sir Harold Kroto, Harry to his friends, passed away on April 30th at age 76, because of Amyotrophic Lateral Sclerosis (ALS), the same disease suffered by Stephen Hawking for some time now, but that did not grant more time to Kroto. He was an extraordinary scientist, “devout atheist” as he defined himself, and tireless disseminator of science among children and young people.

He was born in England, in a Polish-Jewish family refugee from Nazi persecution. From childhood, he was fascinated with science: chemistry, physics and mathematics. He studied at the University of Sheffield, where he earned his degree in Chemistry and then his PhD in Molecular Spectroscopy. He was also passionate about astronomy and worked for a long time with Canadian astronomers in the characterization of long chains of carbon that had been detected in space. It was thanks to this collaboration that Kroto, Curl and Smalley got the symmetrical spherical molecule, which originally was referred to as Buckminsterfullerene in homage to the American architect Buckminster Fuller, creator of the geodesic domes that helped Kroto to determine the structure of C60.

Due to the exposure he had with the Nobel Prize, Harry Kroto became a prolific communicator of science, devoting much of his time to the extension and education. He created several scientific dissemination projects and was president of the Royal Society of Chemistry.

As a tireless traveler, in one of his voyages, Professor Kroto visited Concepcion in November 2011, as part of the celebration of 15 years of UDT. During his visit, he conducted a workshop for 200 children in the Biobio Region, where he actively participated with them in the construction of “buckyballs”, spreading his passion, closeness and commitment to communicating science from an early age. 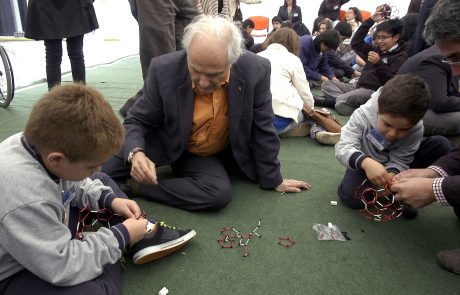 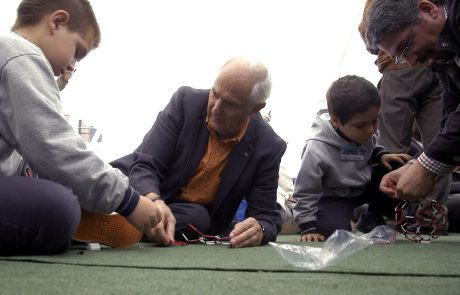 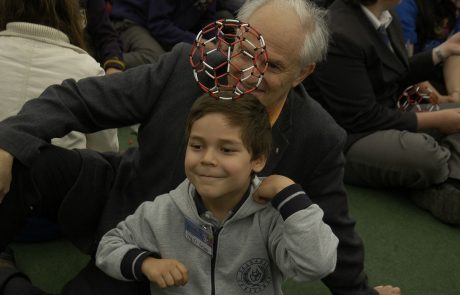 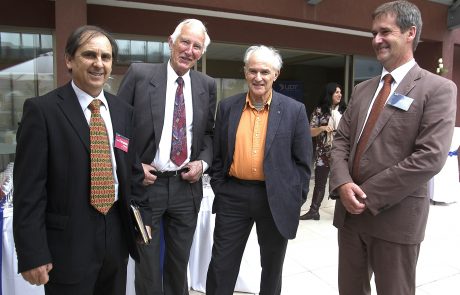 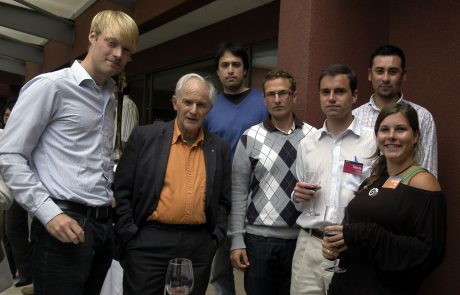 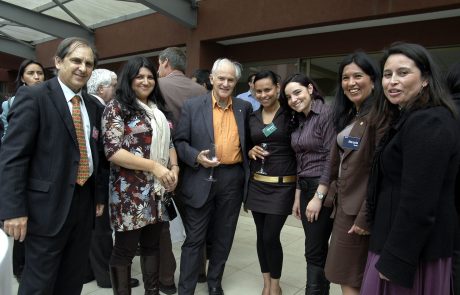