Mosses and plants to decontaminate the air

Mosses and plants to decontaminate the air
A project supported by CORFO seeks to lower air pollution using plant species.
One of the environmental issues that mainly affect the population is related to air quality. Since the 60s there have been various efforts in this regard, but current primary and secondary quality standards have not been able to meet.
An accurate reflection of this situation is the current scenario that most of the cities located in the center and south area are facing, which register high levels of particulate matter (PM) concentration, exceeding 20 ug/m3, in the case of finer material or PM2,5, established as annual maximum limit.
For example, according to the latest “Environment State Report” prepared by the Ministry of Environment in 2011, at the national, regional and local level in the Bío Bío Region, the greatest contribution of PM2,5 comes from ground sources and the use of firewood. Furthermore, the study indicates that it is estimated that at least 10 million people are exposed to an annual average concentration of PM2,5 above the mentioned limit.
The presence of these substances in the air involves discomfort or risks to the health of people, especially more sensitive populations such as the elderly, children and pregnant women.
Among these substances, PM can be noted because it is concretely related to adverse health effects, specifically in the respiratory and cardiovascular system, which has involved a restriction for the development of sporting and recreational activities.
Therefore, there is a need for a method that appears as a low energy cost response and compatible with the environment to allow the capture of PM in suspension to reduce pollution.
In this context, the Technological Development Unit (UDT) of the Universidad de Concepción is implementing a project to improve air quality, using different species of mosses to capture particulate material from the air, and in which the Sociedad Concesionaria Costanera Norte S.A. is participating as an associated company.
Carla Pérez, Head of the Environment Department at UDT explains the purpose of the project: “Determine the atmospheric decontamination potential using mosses and their applicability in urban areas and especially those bordering generation sources, identifying the most suitable species, as well as the requirements for their implementation and use”.
In this sense, the application that arises is to use groundcovers that work as biofilters to capture pollutant particulate matter. This is aimed at slowing down the worsening of weather conditions in urban areas, which generally have no favorable environmental conditions for natural purification, such as lack of ventilation.
According to the above, the use of groundcovers can be noted due to their proven ability to capture PM and metals, being also a renewable natural resource and therefore a sustainable technology. Groundcovers can be made of monocultures, combination of plants or plant communities, which can range from simple grasses, mosses, ornamental plants or shrubs to larger trees.
The technique, which is used in developed countries, is based on the characteristics of mosses, which can get much of what they need to subsist from the particulate matter present in the air. In the specific case of mosses, their distribution as lawn acts as a high surface biofilter with high retention capacity and successful growth in various areas that performs photosynthesis which helps controlling CO2, has a low maintenance cost, high useful life (10-15 years) and helps reducing PM and metal concentration in the air as due to its structure can capture pollutant particles leading to improving air quality, thus improving the quality of life of the population.
With the cooperation of municipalities by managing spaces for the installation and/or their maintenance, plus the contribution of generating industries and other agents related to air quality, part of the solution could be established to improve environment conditions, in this case, the air we all breathe.
This initiative has the support of InnovaChile from CORFO and has an implementation time of six months, ending in December this year. 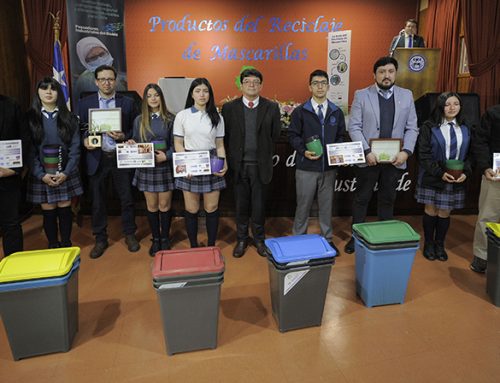 Educational establishments receive products made from recycling their own masks

Educational establishments receive products made from recycling their own masks 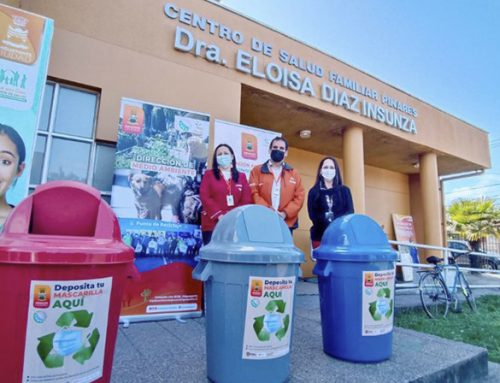 Chiguayante promotes recycling of masks in its Family Health Centers

Chiguayante promotes recycling of masks in its Family Health Centers 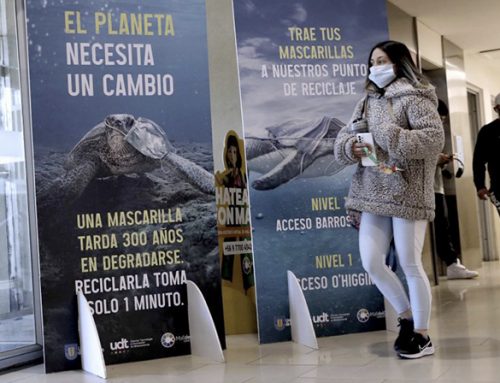 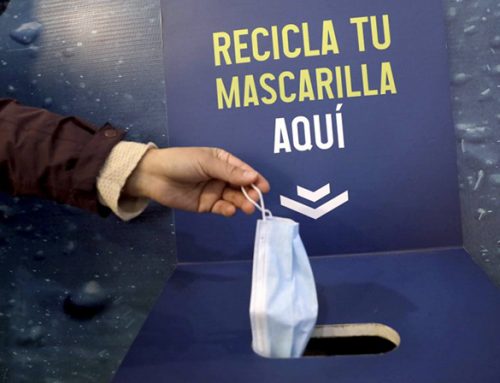